Ready as I am to bash the MSM for unbalanced reporting from the war zones, Iraq has been tough duty. Today another journalist has been murdered under circumstances that are particularly troubling. Freelance journalist (and blogger) Steven Vincent and his translator were kidnapped and then executed yesterday, in Basra, which is not a hotbed of rejectionist insurgency. Purely circumstantial evidence points to Shia extremists:

In an opinion column published July 31 in The New York Times, Vincent wrote that Basra's police force had been heavily infiltrated by members of Shiite political groups, including those loyal to radical cleric Muqtada al-Sadr.

Vincent quoted an unidentified Iraqi police lieutenant as saying that some police were behind many of the assassinations of former Baath Party members that have taken place in Basra. 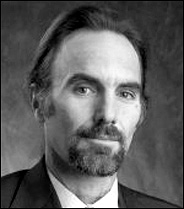 I remember seeing the article, but not reading it. What city police force isn't "infiltrated" by dominant political parties? But go back and read the article today, if for no other reason than to honor Vincent.

And, in any case, the Times is reporting that the gunmen who murdered Vincent may have been driving a police van. That does not happen in just any city police force. Basra may indeed warrant a closer look.

Probably because most American reporters are holed up in the Green Zone (is that unfair snark?), Vincent is the first to be murdered in Iraq (others have died in accidents). Here's what the Times wrote about him this morning:

Mr. Vincent was married and lived in the East Village of Manhattan. A short, wiry man with a penchant for cigars, he had been staying in the Merbid Hotel in downtown Basra for much of the summer. He was a fixture in the dining room, where he often had conversations with other journalists who were passing through.

Unlike most reporters working in Iraq, Mr. Vincent traveled without any security guards. He and Ms. Weidi often took taxis to do interviews. But he also said he was reluctant to spend too much time in public areas such as restaurants or the Corniche, the city's popular riverside promenade.

He told this reporter in mid-June that he had worked as an art critic in New York until the attacks of Sept. 11, 2001. That and the Iraq war prompted him to travel to Baghdad in 2003, a trip that resulted in a book called "In the Red Zone" and a Web log about his experiences. Mr. Vincent had been writing in his blog the entire time while he was in Basra.

Mr. Vincent was particularly incensed about the sharp divide between men and women in the Islamic world, and about the increasingly religious mores in Basra that forced women to wear full-length black robes in public. He said he fully supported the Iraq war, believing it was part of a much larger campaign being waged by the United States against "Islamo-fascism." But Mr. Vincent said he was also disappointed by the failure of the United States and Great Britain to enforce their visions of democracy here in Iraq, instead allowing religious politicians to seize power across the south.

UPDATE: Here's a link to Stephen Vincent's last work, an essay in National Review Online on power production in Iraq.

Rest well, Mr. Vincent. I honor you today for the effort you made to tell us the story of what is taking place in Iraq. I will miss reading your blog, and hearing your insight.

Thank you for a job well done, Mr. Vincent. May you rest in peace.

I have eagerly awaited Mr. Vincent's sporadic posts to his blog. I didn't know his name, but just had a sick feeling when I heard about a journalist and his female interpreter being murdered in Basra. I felt it must have been him and her (Layla).

The work Vincent was doing was valuable and very dangerous. Hopefully his death will focus some attention on the deteriorating situation in Southern Iraq. We should have gotten rid of Sadr in Najaf when we had the chance.

Mr. Vincent's book is a must-read for those who want to *understand* what's going on in Iraq.

I was looking foward to a book on his latest journey, but, sadly, we won't get it.

Rest in peace Mr Vincent, God bless you and Layla. Your work was/is very important to the reason why we are there.

And so passes another soldier in the war against hate.

opine6 is correct: buy his book. Not only is it a good look at the problems of the "soul" of Iraq (as he said--you hve to wonder if the place has a heart) purchasing it would be a way to honor his memory.

The news of his death was the first thing I saw this morning so I wrote an encomium here...

It is unbearably sad to lose someone who called to account the MSM members who wanted to use "insurgent" when they weren't. And who saw Islam as doomed if they didn't lose the dead-end tribalism.

His murder was cold-blooded. The serious wounding of his translator is supposed to serve as a warning??

Steven Vincent's family has requested that in lieu of flowers, people
donate to Spirit of America, a charity that I also wholeheartedly
endorse.

Another way to honor his work is to support independent journalism in
Iraq. I'm directing my readers to Michael Yon's tipjar.

The reason that Basra is not a "hotbed of rejectionist insurgency" is the Brits are pretty much just going through the motions there, as the now-late Mr. Vincent describes.

I still can't believe this.

the most popular of a class of games called vying games, in which players with
fully or partially concealed cards make wagers into a central pot, which is awarded
to the player or players with the best combination of cards or to the player who makes
an uncalled bet. Poker can also refer to video poker, a single-player game seen in
casinos much like a slot machine, or to other games that use poker hand rankings.

from Sanofi-Aventis , exceeding Phentermine in it’s ability to help you lose the weight! It is a CB1 cannabinoid receptor antagonist ,and Its main avenue of

effect is reduction in appetite. Acomplia acts by obstructing the receptors, which control the food intake and energy expenditure - Thus resulting in reduced

version for the weight loss diet pill phentermine, and is used in combination with diet and exercise,to help you lose weight. It works by decreasing your

help people lose weight by acting on the appetite control centers in the brain. Studies have shown that using Meridia helps patients lose weight and maintain

weight loss for up to 2 years.

by your body. Orlistat is used in the management of obesity including weight loss and weight maintenance when used with a reduced-calorie diet.

panic attacks. Alprazolam is in a class of medications called benzodiazepines. It works by decreasing abnormal excitement in the brain.