The fifteen "most offensive, banned, and rejected" ads. Standards and practices vary widely. This one, for instance, was banned in Russia: 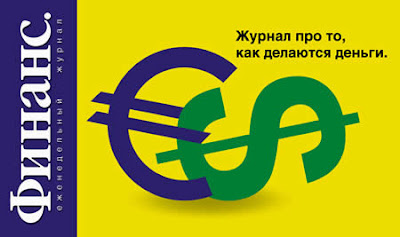 That is a perfectly reasonable depiction of the relationship between the Euro and the dollar through, say, July of last year.

Just so people know, the ad reads "A magazine about how money is made"

Not to go too far south with this, but isn't that sort of a, well, phallic symbol of sorts sticking out of the lower portion of the party of the second part? Kind of a mixed message, if you ask me.