A few pictures from outside the perimeter

As previously reported, the TH Daughter and I rode to Washington today to see the parade, but ultimately did not have the stamina to wait out the security. After investing more than two hours in the massive crowd at 10th and E and having moved perhaps ten feet, we gave up the ghost. [UPDATE: My own experience was not unlike this, only to get into the parade route. But since I had no sense of entitlement -- I voted for McCain and hammered on Obama repeatedly on this blog -- I still had a great time.] It was still a great experience, though, seeing the joy on the faces of the people and the hilarious hucksterism on every corner of every street. There were old school street entrepreneurs selling Obama logo shirts, hats, buttons, mugs, keychains, posters, ear muffs, blankets, towels, and, well, even hot sauce... 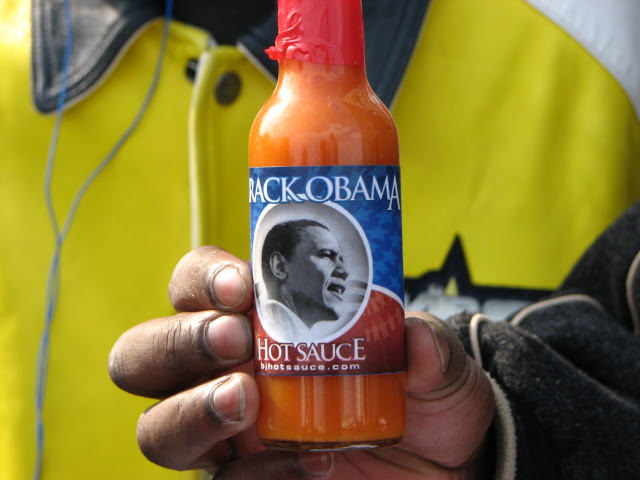 I did not buy any, but I tipped the dude a buck for being a good sport about the picture.

In fact, the only person who glowered at me all day was a teenager with a tray full of garish red, white, and blue costume jewelry barking out "Obama bling! Obama bling!" I laughed, and he did not think that was very nice of me.

The TH Daughter got a hat... 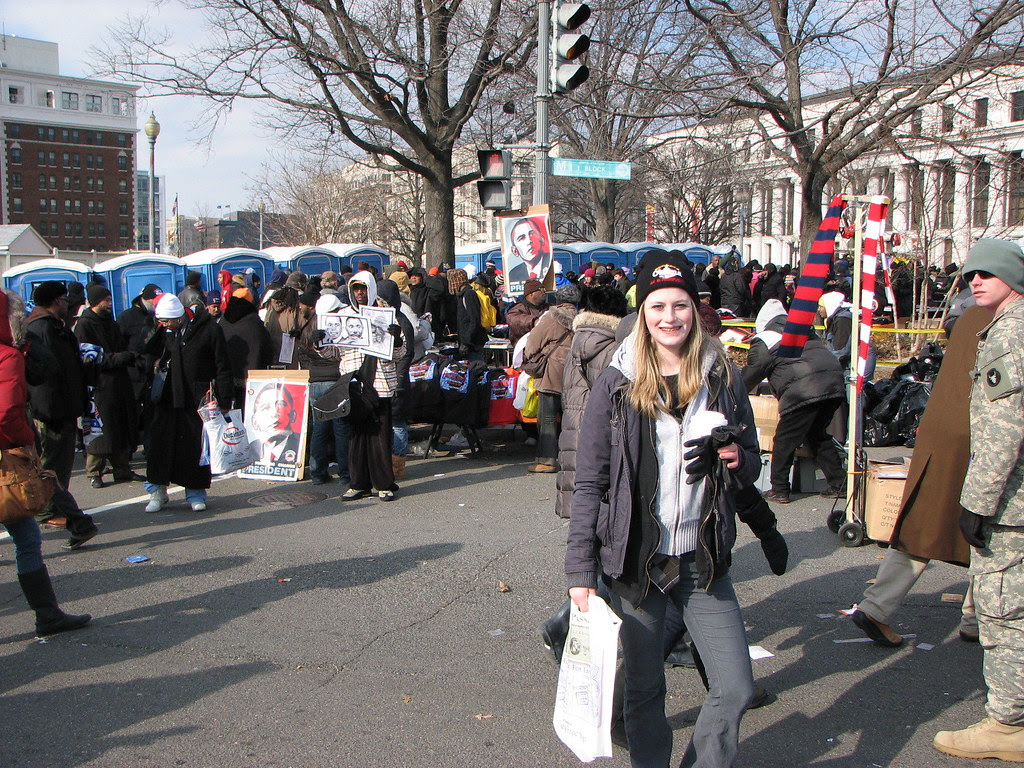 There were a few die hards out who want to perpetuate the cycle of politics by prosecution and they got a few cheers, but it was the happiest big crowd I have ever been in. 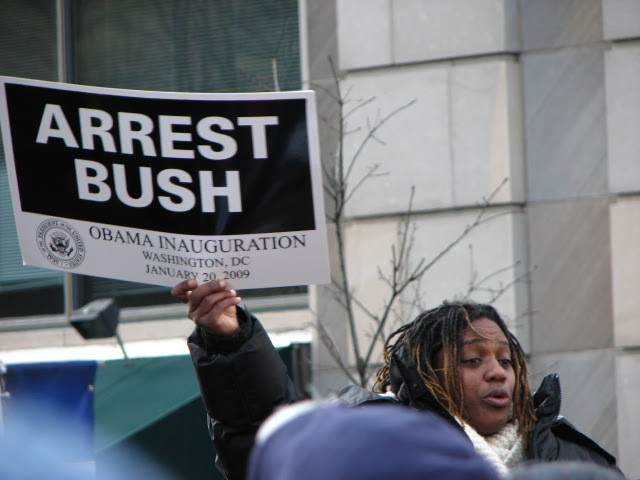 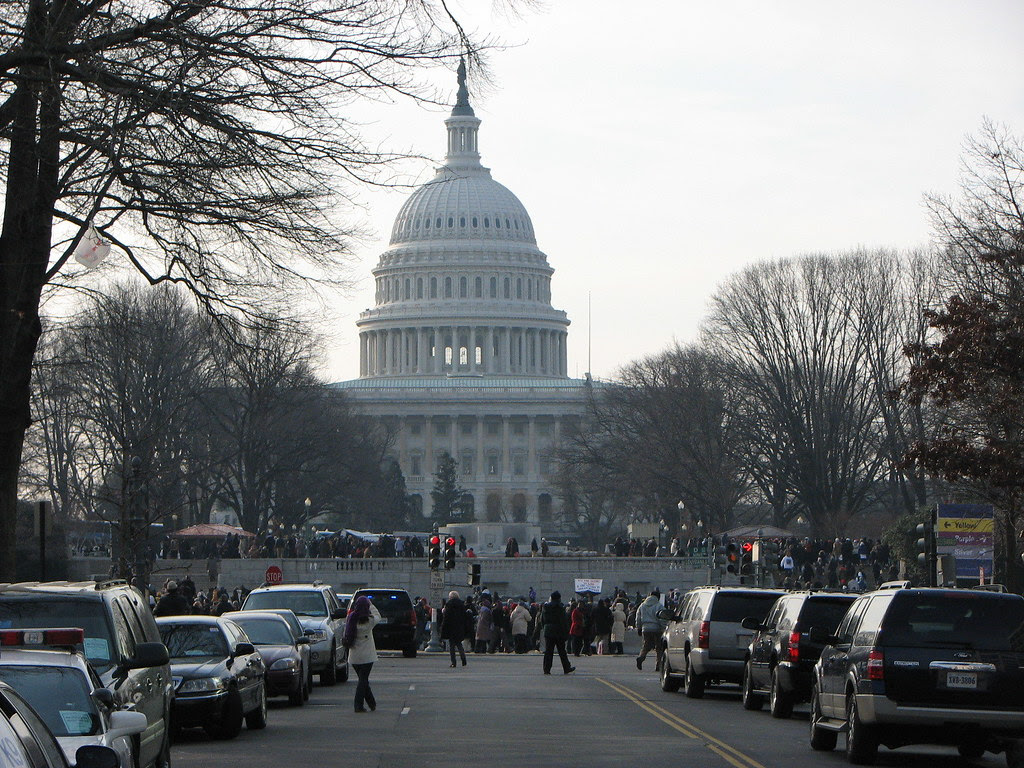 Profiteering during such a hallowed event? The horror, the horror . . .

I'm willing to wager that not a single one of those hucksters could certify that the bling/hot sauce had been produced in a carbon neutral manner, free from animal testing, by workers represented by a trade union.

"In the spirit of the New Age, sir, I am willing to plunk down cash if you are willing to certify that all profit you make on this sale goes directly to consciousness-raising."

American Power has tracked-backed with, "So Much for Live Streaming the Inauguration...":

I use events like this on public property to judge the nature of the supporters.

If the place is strewn with trash after, and all the plants are trampled, then you've got boorish clods for supporters.

I went to a firearms rights rally in Tallahassee some years ago and talked after the event with one of the capital police assigned to the rally. He was dumbfounded about the condition of the capital grounds. Not a scrap of trash was on the grounds, everything had made its way into the provided cans. Not a single flower was trampled, and the lawn was still in good shape and the crowd had been very orderly making the cops detail a very boring one.

I was told the typical aftermath of capital rallies was trash everywhere, and the lawn and flower beds damaged to the point where they routinely planned on complete replacement of lawn and flowers after every rally.

I just saw a Brit use the term 'Obammunists' and thought it was clever enough to share.