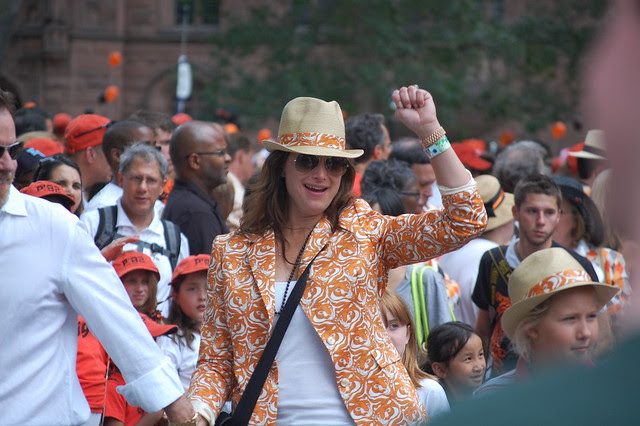 She was greatly sneered at by the Princeton community at first - an editorial in the student newspaper about her "parking her panties" at Princeton, for example. Apparently everyone got over it, as she is an intelligent and driven person. Now they are proud of her.

It speaks to a major Ivy League blindness of the era, however, that being of the proper culture was considered the measure of intelligence, rather than actual, y'know, intelligence.

I don't mean to sneer myself. My school is an Ivy wannabee and acts much the same. Perhaps more.

I don't know. I still prefer pictures of eagle nests in the Adirondacks.

Many many summers ago, I had to read through the letters sections of old editions of PAW. When it was announced that Shields would be attending in '83, there were numerous letters opposing her going to Princeton, one in particular noting (in effect), "Send her to Yale, with Jodie Foster! That's the Hollywood school." The authors of those were all older alumni--'40s, '50s as I recall.

Then there was a letter from an even older alumnus--'20s? '30s? I don't remember--that said, "Listen gentlemen: if we need to have coeducation, let's do it right. Come on in!"