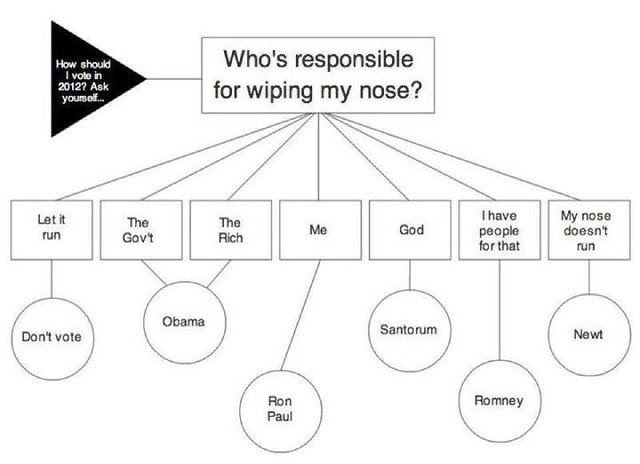 Somehow, I'm thinking the first iteration of this diagram referred to wiping something other than a "nose". Just a wild guess.

My option isn't on there. And neither is my candidate.

I've trained my nose to wipe itself.

Newt: I left that old runny nose for a younger, dryer one years ago.

That isn't a flow chart. Belief chart is closer to the mark.

Now how can any of them wipe my nose when I have to hold it at the thought of them?

What would Buddy Roemer say.....

I'm writing in Sarah Palin, because my nose isn't running this year.