One for the Tigers: Christmas at Princeton

I snuck a picture during the Christmas service at the University Chapel this morning, which was lovely. The TH Daughter and I were near the front, but there was pretty good attendance. The service included several of the classics: "Hark! The Herald Angels Sing," "The First Noel," "O Come All Ye Faithful," "Angels We Have Heard On High," and "Go Tell It To The Mountain," which the program identified as "an African-American spiritual." I just thought it was a great hymn, right up there with those Anglo-American and Anglo-German "spirituals." 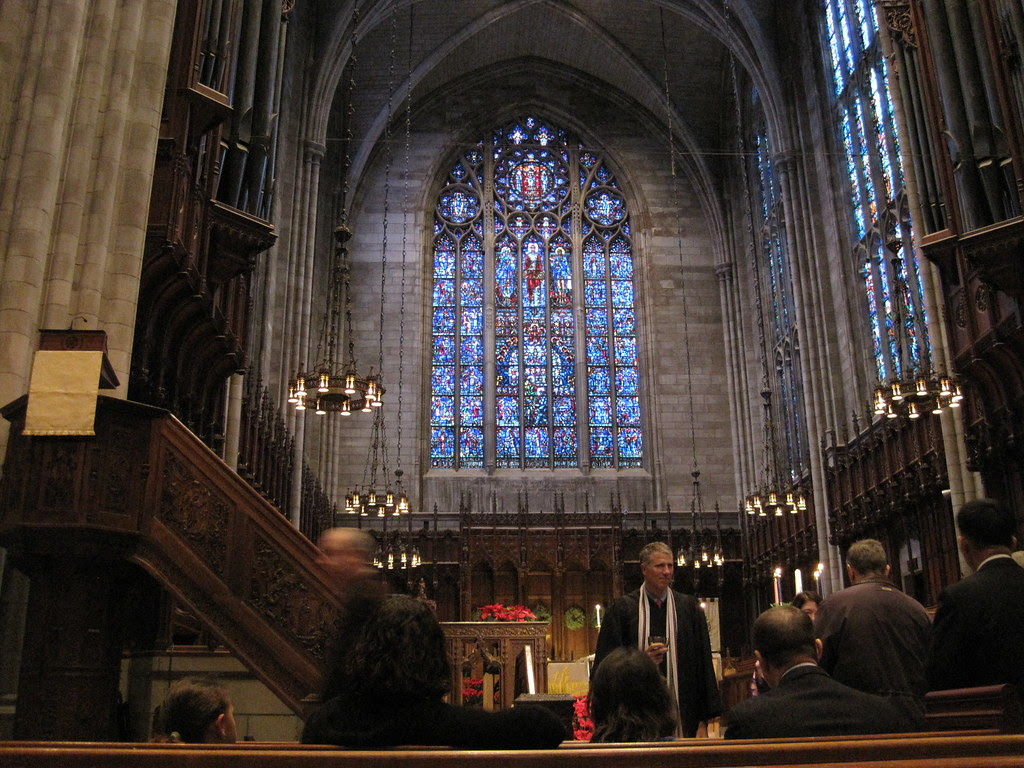 I was married right in that spot April 21, 1973, by Dean Ernest Gordon (Bridge on the River Kwai survivor) with the organ played by Carl Weinrich in one of his last performances. I guess that having Efrem Zimbalist(name dropper - ed) in the audience made a difference.

I was married there on June 30, 2001. Unfortunately, the chapel was under construction at the time, so we did it under the scaffolding. It's looking beautiful in this shot, as it was when we took our daughters (4 and 1) there to see it this summer....

Great photo - just the right amount of light to show both the windows and the candles.