We are back at our place in the Adirondacks, and can report on the progress made by the young eagles living in the tree growing out of our front porch (prior study in eagles here). There are two offspring, one of each gender as determined by the New York State environmental official who climbed up to the aerie in the spring and banded them. Perhaps not surprisingly, the female is both more developed and more competent and is now learning to fly, apparently without fear. She swooped down into the patch of grass between our house and the lake, and then flitted over to the sitting area behind our old pump house. Her weaker brother, who will probably need a program in remedial raptoring, screeched from the tree above. 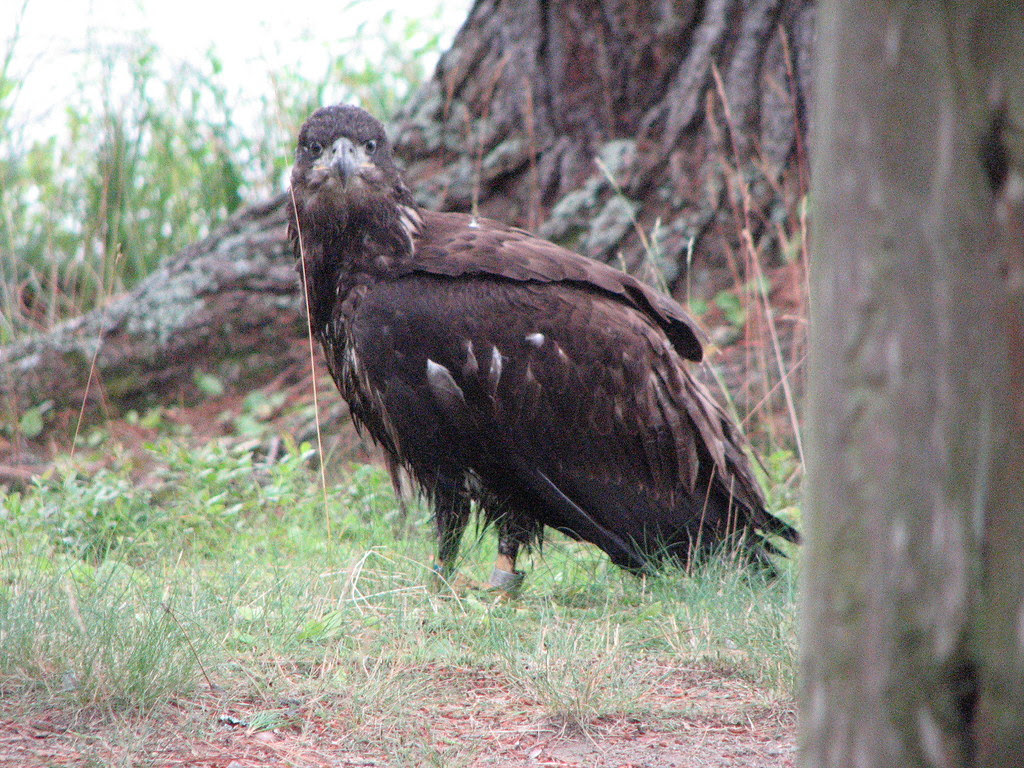 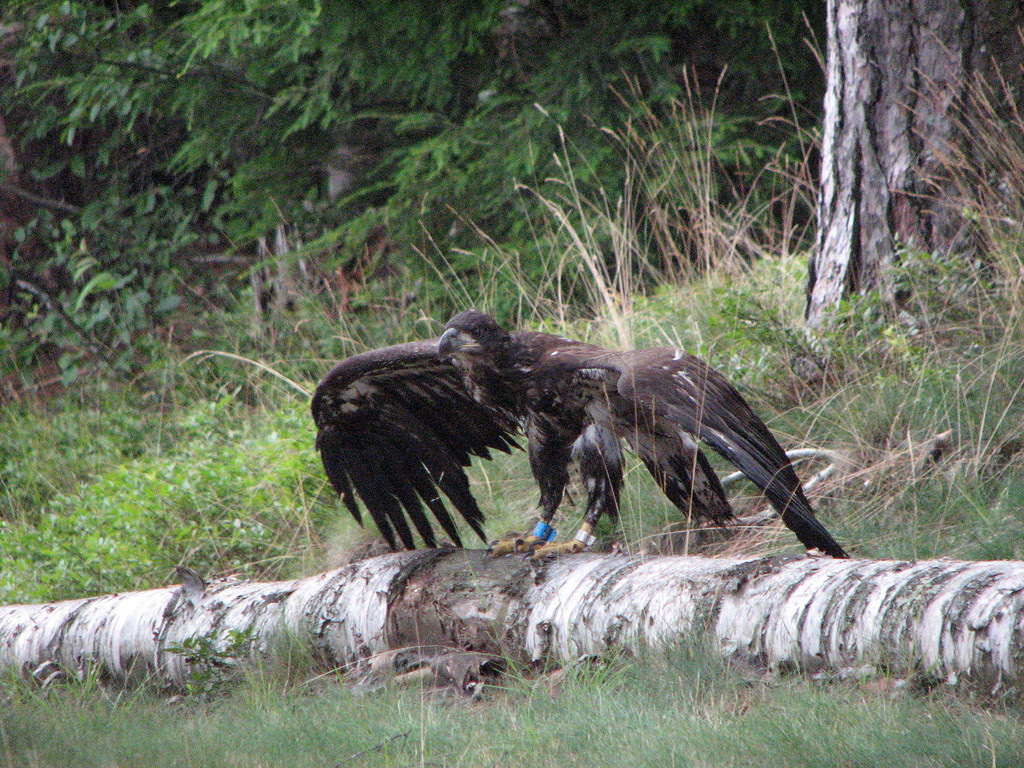 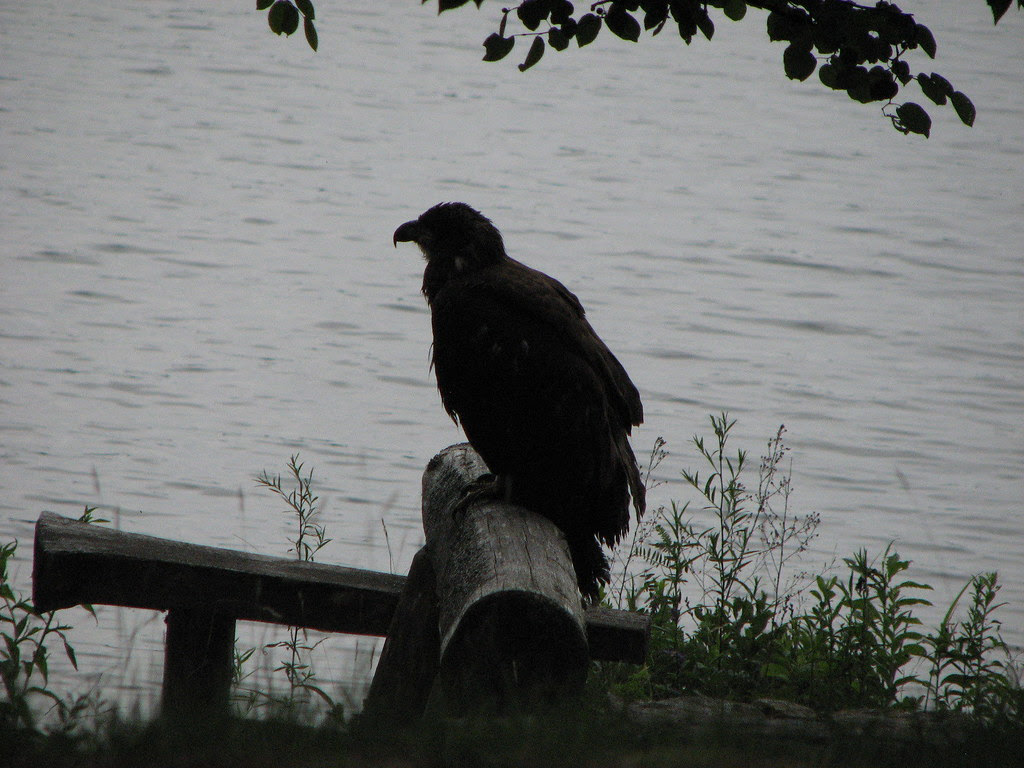 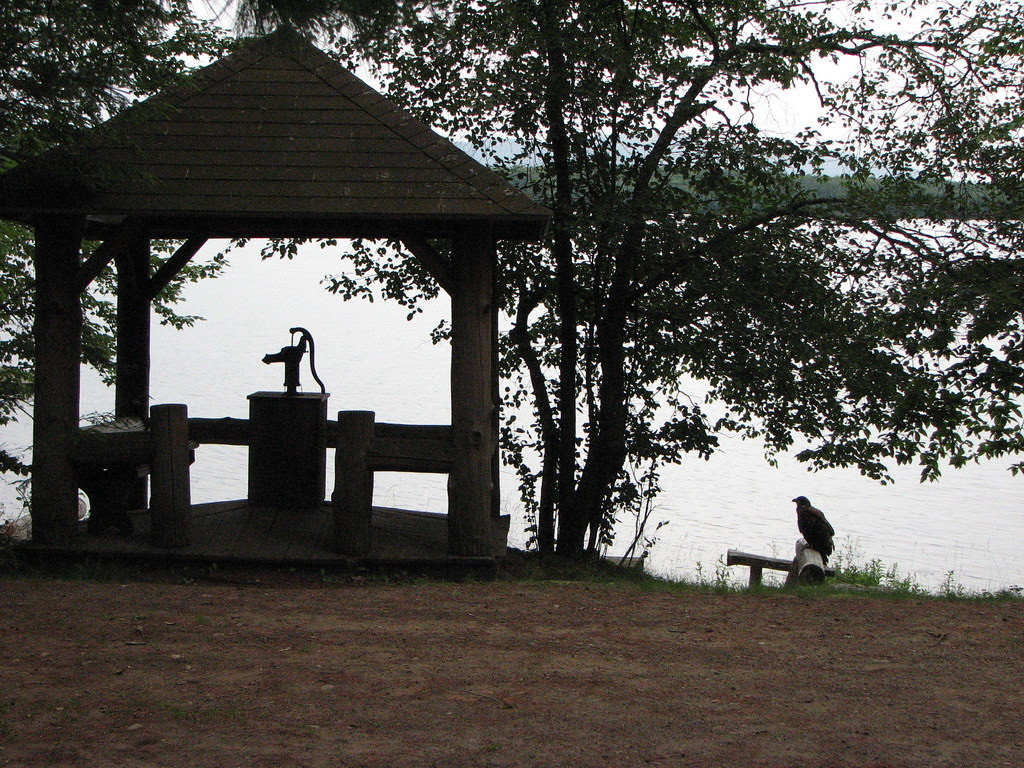 Wait a minute; I thought it was pink bands for girls!

A few years ago, I started to load a truck load of corn out of a grain bin. The bin was partially empty and there was an inverted cone of corn in it. Anyway, I turned on the auger and almost immediately, a bird came out (killed by the auger). Closer inspection showed it to be a baby owl so I shut off the auger and climbed into the bin. Inside was a big momma owl. When she saw me she flew up in a helix pattern and out the top of the bin. Inside at the inverted 'peak' of the cone were two more baby owls, very close to being sucked beneath the corn and down into the auger. The momma owl had apparently just laid the eggs on the corn and hatched them out. The babies had feathers but weren't over 6 or 8" tall. Anyway as I loaded my truck I kept checking on them to make sure they didn't get sucked down into the auger. This was repeated once a week until the bin was low enough to open the door and enter from the ground. By then, the babies could flutter around some amd I usually didn't have to move them. When I would enter the bin they would partially unfold their wings and puff out their feathers to make them selves look bigger. I would ignore them and that seemed to calm them down. As the summer went on, one baby owl grew much faster than the other, getting perhaps twice as big as it's sibling. I discovered the baby owls the third week in June and it was mid-September before they left the bin. I had no idea that it would take that long. BTW it never even occurred to me until I read your post to ask the government if they wanted to band them. We just have different mindsets I guess. Wildlife management is a branch of government we could do without.