Santa for the masses. Literally. 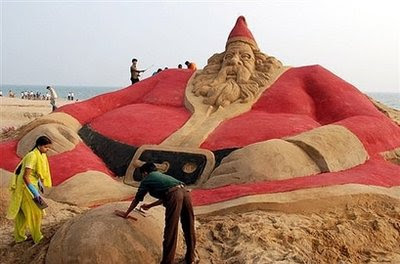 Am I the only one who finds it curious and thrilling that the two largest depictions of Santa Claus in the world today are in India (at right) and China (below), and that pictures of both are among the "most emailed" photos on the Yahoo News page? What ought we make of this? My answer: that Santa Claus is the most commercially significant and internationally appealing non-religious legend in the history of the world. 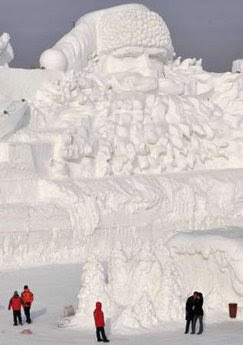 As Santa Claus is an alias for Saint Nicholas and he delivers toys to children on Jesus' birthday, how does TH come to the conclusion that he is a non-religious legend?

Look its SANDA CLUASE on the beach