Welles Crowther, the man in the red bandanna

Earlier in the week I reported that our step-cousin, Welles Crowther, would be made an honorary member of the FDNY for having given his life saving lives on September 11. Here's a television report about Welles, one of the genuine sheepdogs of that day:

Special thanks to a loyal Yalie reader. 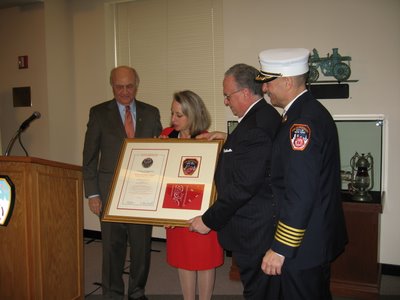 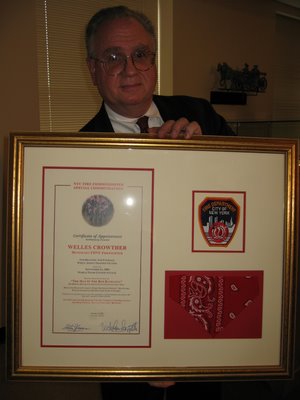 Every year on 9/11 I think of Welles Crowther and bless him for his bravery and life. I did not know him, but he is a true hero.