In descending order of importance (click on pictures to enlarge):

In girls' middle school field hockey, the Hawks of the Princeton Charter School battled the Hun School of Princeton to a 1-1 tie, PCS' first non-loss of the season. 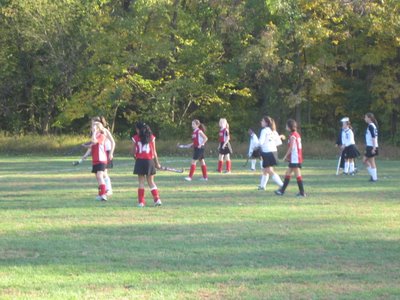 The Princeton Tigers varsity football team recovered from a sloppy first half of sacks and dropped passes to beat the Brown Bears 17-3. With that victory, Princeton is 5-0 on the season, and I am on the verge of retracting my rage-stoked demand that Princeton fire coach Roger Hughes. 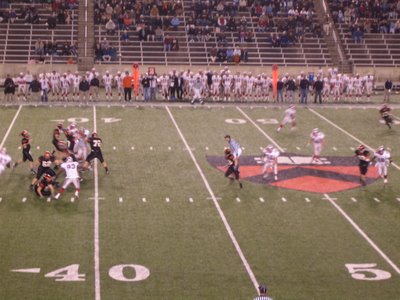 And, finally, one of Princeton's many crews practiced on Lake Carnegie at 7:30 this morning. The air temperature was a mere 37 degrees (which is about 2 for you foreigners), so a thick blanket of mist covered the lake. The crew and the coach's boat are barely visible, even though they can't be more than 50 yards off shore. 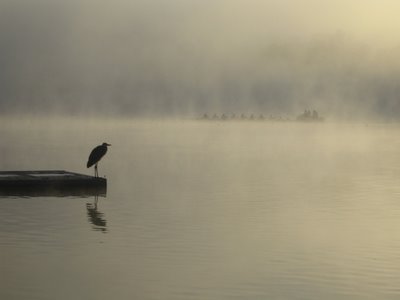 I really like the picture of the crew in the mist! Thanks for sharing.

Ouch to the Princeton crew. Not that I think you're ranking isn't spot-on