Should we bring back Congressional junkets?

The other day I had a conversation with a former member of the House of Representatives, a thoughtful moderate Republican from a northeastern state. We were talking about the severe partisanship in Congress these days, and how the dearth of personal relationships across party lines makes it almost impossible for them to trust each other, much less work together, in developing legislation. Apart from the usual reasons given for this -- that members no longer socialize with each other on weekends because their families much less frequently move to Washington -- he suggested that the huge decline in Congressional junkets had compounded the problem.

In days of old, members of Congress were always flying off on one or another "fact finding" trip that somehow involved nice hotels and the hoisting of many drinks. Between much tighter "ethics" rules and harping publicity, today there is far less Congressional travel than there once was. The former Congressman said that he only took three trips with other members during his ten years in Congress, twice to Iraq and once as part of a delegation assigned to a state funeral. Whatever the intrinsic merits of those trips, they were one of the only occasions when he had significant time to get to know Democrats at a personal level. When he flew across an ocean with a lefty member of the Black Caucus, they each learned that they had far more in common, both personally and in their opinions about policy, than either had dared imagine.

This point actually makes sense to me. Anybody who has been a leader in a large and complex organization knows that it is much easier to resolve disputes and otherwise move forward if there is trust built through fellowship between people who might otherwise come in to conflict. That is why smart companies try to foster those relationships among their leaders, whether through off site meetings, softball games, or happy hours to celebrate an accomplishment. If Congressional junkets are a means for that -- and it seems highly likely that they would be -- then we might be much better off if there were more of them. A few more boondoggles might be a small price to pay for a little more effectiveness in Congress.

I've accumulated a few new pictures along the way, all on my Blackberry (yeah, I know).

Yesterday, on my flight to Austin, I had one of them there near-miss thingies... 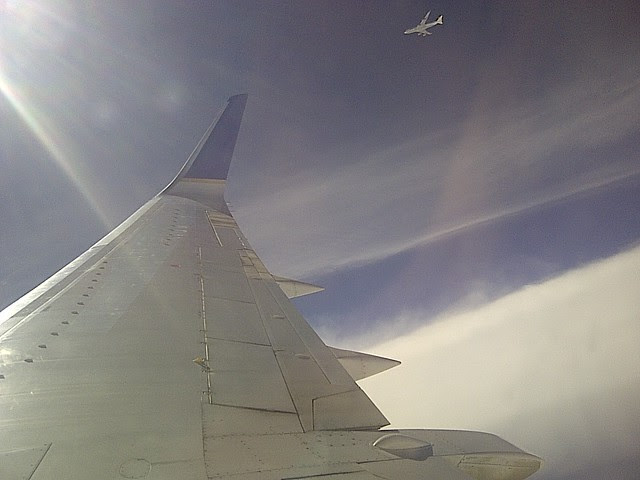 The Blackberry has a very wide angle, so that plane is a lot closer than it looks in the picture....

A buddy of mine spent a couple of weeks in China, and brought me back this t-shirt. I call it "Obamao." Anyway, my friend believes that it is a sincere gesture of solidarity, rather than a Tea Party plot. Anybody out there who can read the characters? 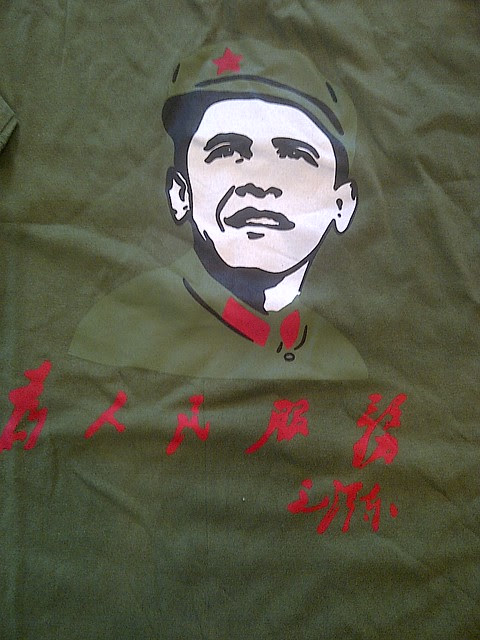 I spent a few days at our family place in the Adirondacks. Long-time readers know how much I love the light up there. 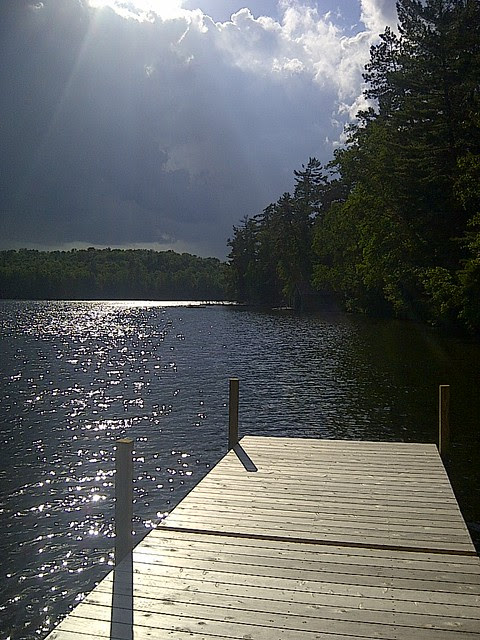 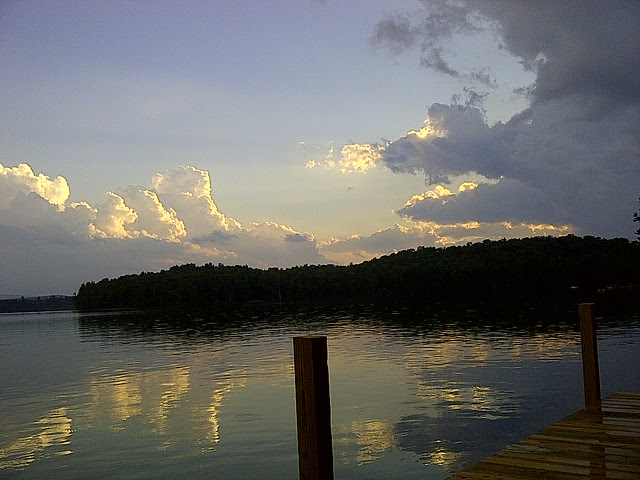 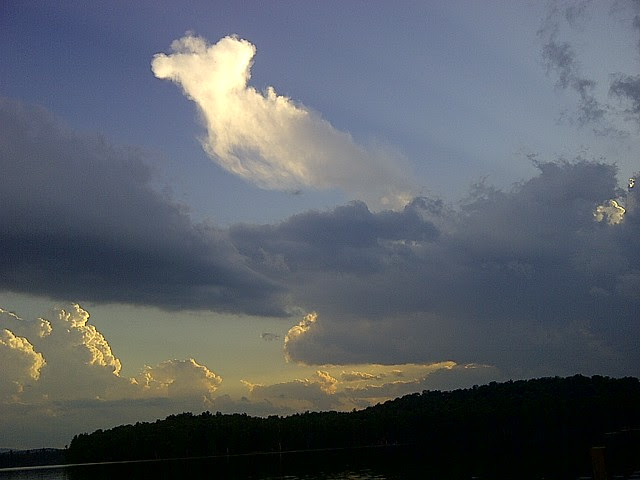 Your blogger at The Wild Center, the natural history museum of the Adirondacks in Tupper Lake. If you like science museums, you'll love the Wild Center. 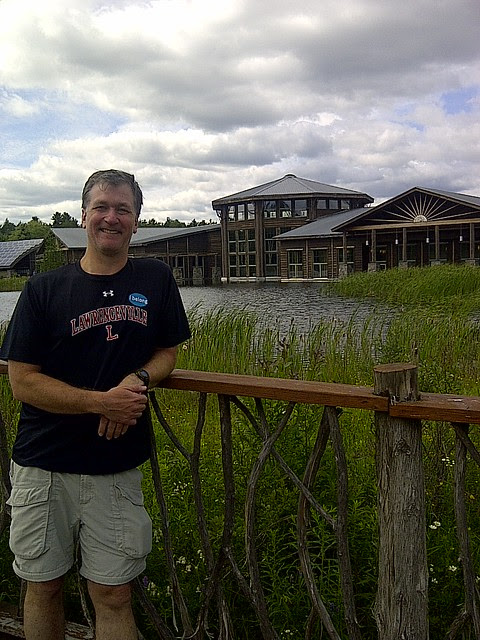 A sunset from our place in Austin. 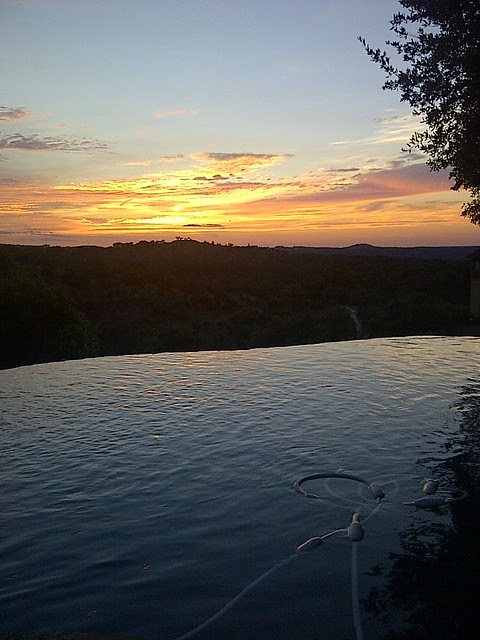 Back whenever. Take care.