As previously reported, there are trees down all over Princeton. One of them landed on the house of a colleague of mine -- she occupies the third floor apartment on which that tree now rests. The bad news: The fire department has evacuated the house at least until somebody competent ascertains its structural integrity or lack thereof. The good news: My friend had departed from usual practice and parked her car, that grey VW, on the street instead of in the driveway next to the house because she was planning on just running in and grabbing some things before driving in to New York. If the car had been in the driveway, it would have been crushed like a beer can. 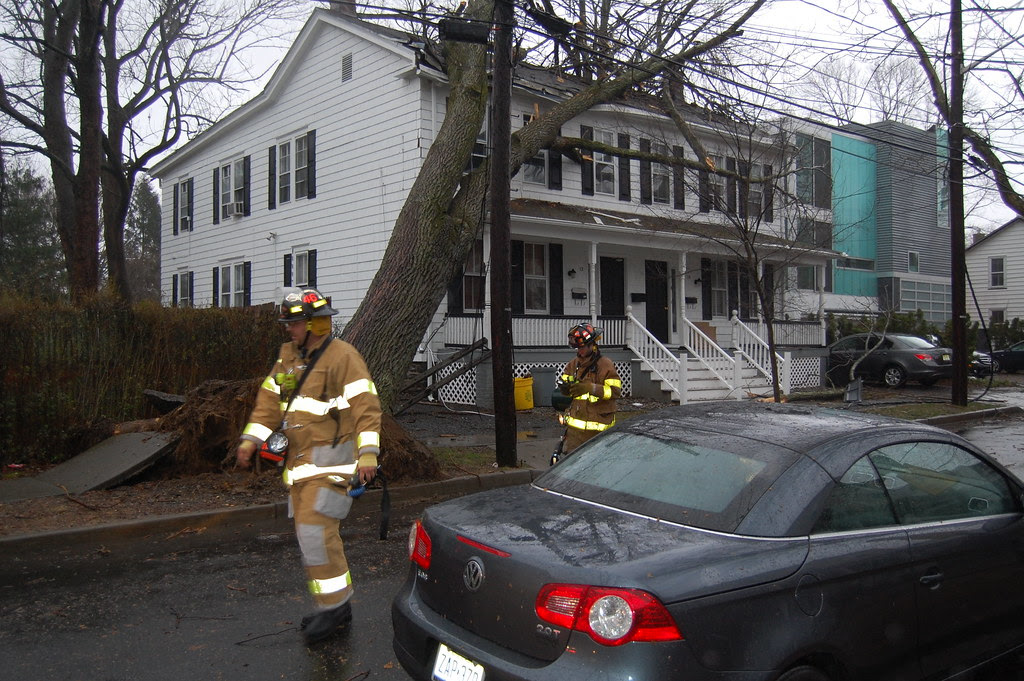 Your friend told you she lived on the third floor?

why do trees always try and kill lovely looking houses?