A Colorado winter fuzzes up the horses like nobody's business... 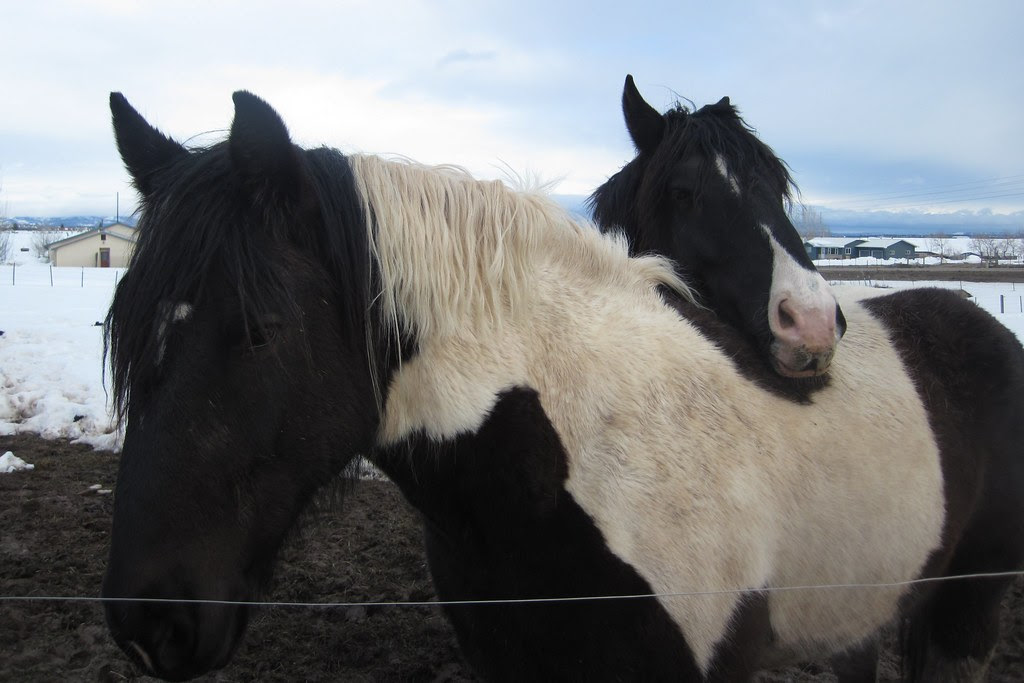 this is the kind of post that I like to comment on. Nice fuzzy horses! Were you there in person, or is this is a stock photo?

Mrs. TH took the photo at her sister's vet practice in Durango.

Hitting Telluride? I heard they have had a bad snow winter out there. Any first hand reports for the skiers amongst us?

Durango. At least I wasn't wrong in thinking this looked like the western part of the state.

I was born in Gunnison and grew up in Montrose. Just before 9th grade, my father bought a business in Chama NM. My mother said... no way are our children going to school there and we lived in Durango that year.

Though I flunked algebra that year and suffered a severe sprained ankle at Purgatory, it is still the year of school I remember most fondly.

Living apart was a strain on my parents and the next year I ended up at McCurdy in Espanola... which was quite an experience also. Though the memories there are not as happy, I'm now glad I had the experience.

Of course that was all 40 something years ago. I briefly visited Durango and Chama 2 years ago and, while the scenery in both places is still magnificent, I would not want to be a resident of either town now.

If I could afford a ranch within 50 miles of either, I'd jump at the opportunity in a heartbeat. I have always envied my cousin's ranch not far from Montrose. Though, as your sister-in-law can probably tell you, he works his behind off to keep it going.