Used my Blackberry, from a conference room around 8 this morning. 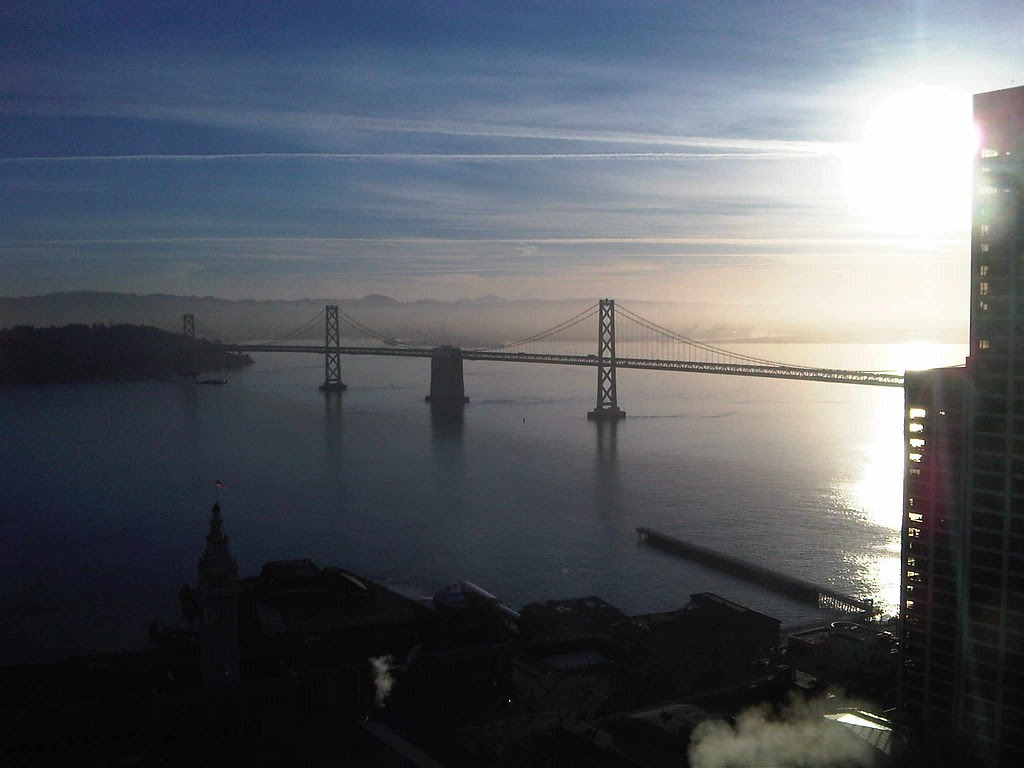 
Seriously, though. That is a very, very nice picture.

Thanks for that! Brought back some good memories... I used to love watching the sun rise over the Berkeley/Oakland Hills as I took the 6 Parnassus bus downtown

Yep. We have some pretty nice days in early spring and fall. Come in August, and the same scene would be obscured by fog. If you plan to come back then, keep all your winter Princeton duds available to pack.

flown over this bridge, drove across it many times,both ways, went under it many times, for fishing, and defending this country. Even walked on it for a short way.
Where the fog is, is where I used to live until 1970, when I went to war. been a lot of changes to this country since then, mostly for the worse. To bad some of the stuff did not change. We all would be having happier times.