Delightful toys from the Arab world

A friend of mine just got back from Morocco. Knowing that we have to feed the beast around here, he bought a Chinese made toy ("Super Funny Children's Toys"!!??) featuring Osama bin Laden and George W. Bush, the former on a skateboard and the latter on a military vehicle of some sort. There is a toy track on which your bin Laden and Bush characters travel through your imaginative fight of fancy... 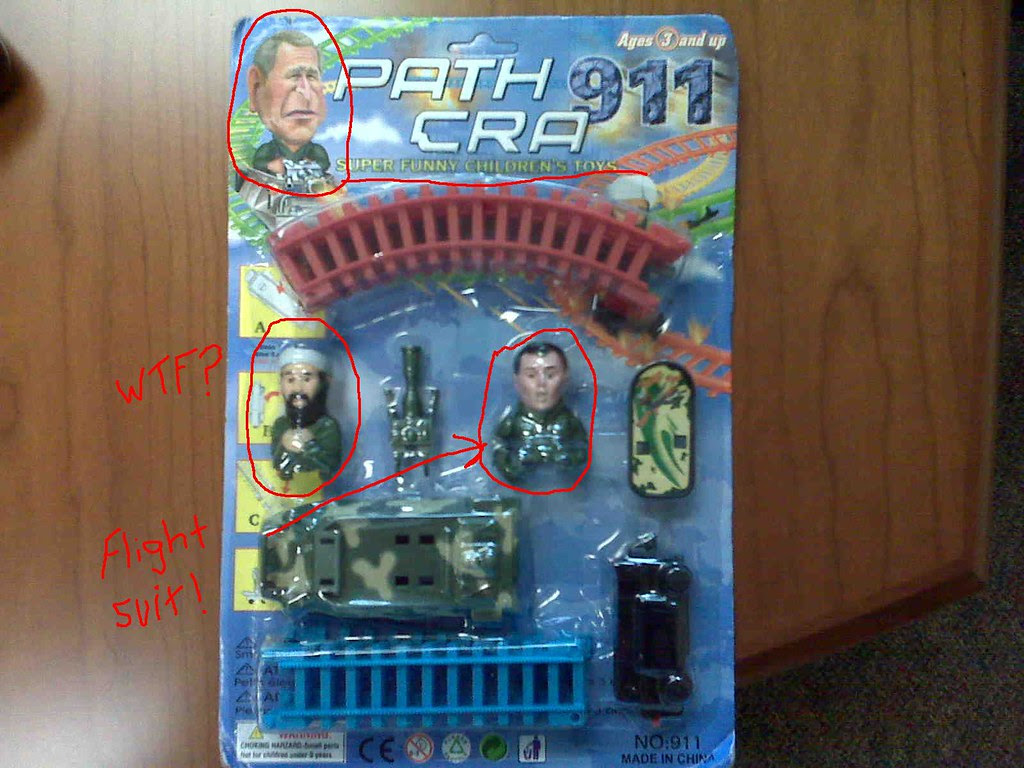 Apparently the destruction of the World Trade Center is more a curiousity than a tragedy in Morocco, one of the most pro-American of Arab countries.

You're missing the props to Rachel Lucas with the 'area of concern' highlighting age 3 and up ...

I wonder why a toy made in China for Morocco is in English. Maybe this is also being sold in an English speaking country.

Anon 7:54 - I usually credit Rachel Lucas when I scrawl over a photo but at this point it is getting tedious, and your absolutely right that I blew a primo "area of concern" opportunity.