How the mighty have fallen

Via Paul Kedrosky, a graphic depiction of the decline in stock market value of the world's largest banks. The big blue circles are their values in the stock market in the second quarter of 2007, and the small green dots are their current market capitalizations. 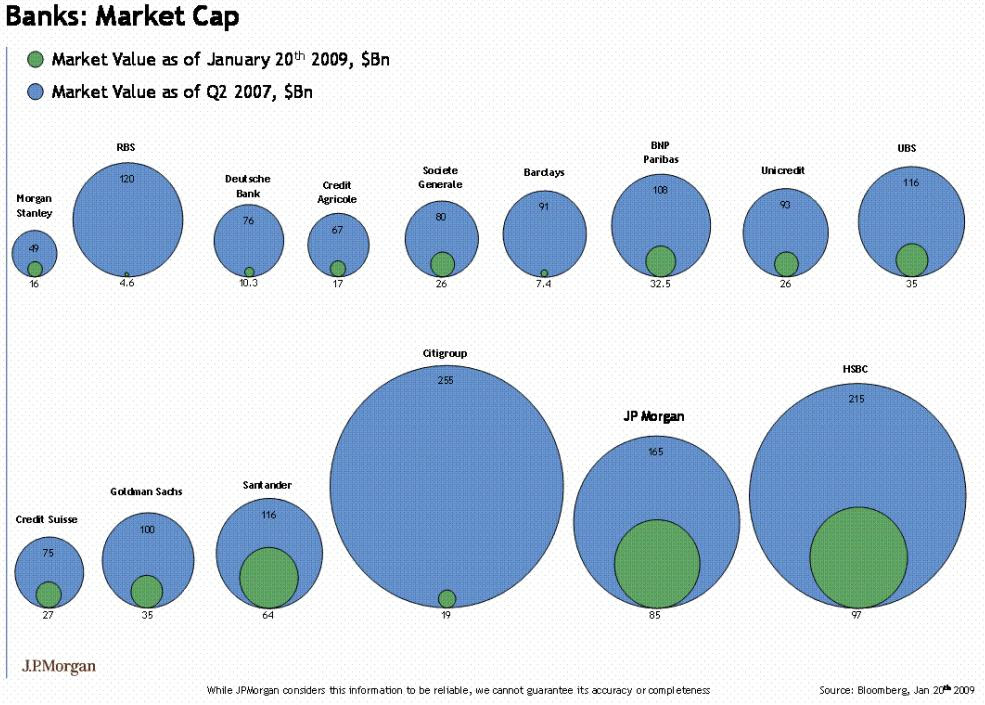 Ouch. Looked at this way, the government interventions of the last four months have barely been a "bail out," at least insofar as the stockholders are concerned.

Are the figures depicted so that the *area* is proportional to the market values, or the *diameters*?

It matters a lot.

From the numbers I can discern with my old eyes and this monitor, it appear that the diagrams are drawn with respect to diameters, which makes the areas, which our minds register a good bit out of whack.

Good catch on the lying with graphics, gentlemen. It is diameters. Imagine how woeful it would have looked on a log scale.

Since it is diameters, these graphs are fraudulent. It's like saying, "Bank of Foo lost 100 million dollars SQUARED!!".

OP's reference appears to assume, erroneously, that the government (read: taxpayer) bailout should have occurred at all.

I had a hard time finding all the search engine sites to submit my blog url. I have made a free list. Go to step #4.
Here is a great list of url submission sites.