This idiotic policy notwithstanding, you know you do not live in a police state when any group of clowns can put a sign on the farookin' National Archives calling for the impeachment of the sitting president. 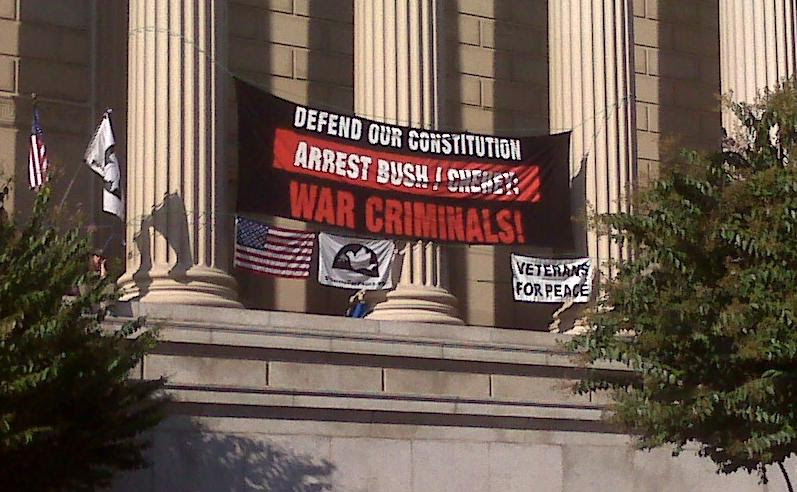 Sorry for the fuzziness; used my Blackberry for that one.

Basic flaws in logic have been incapable of derailing other religious beliefs... why not this one?

And how far away are we when the VP candidate for one of the major parties echoes their battle cry?

Don't you think these folks are all bluster, hyperbole, and bull crap when you know who they will be voting for in the coming election?...

How do you spell kookmeyer?

Where were these same jerks when BILL CLINTONwas ordering the bombing of KOSOVO where were they when he had ELEIAN GONZALAS kidnapped from his reletives by his imperial strom troopers HUH WHERE WERE YOU SNEVLING SNOT BUCKETS?