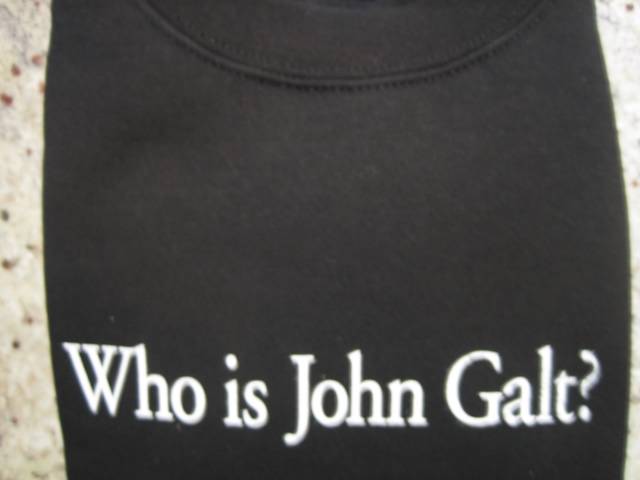 A survey in 1991 by the Library of Congress and the Book of the Month Club found "Atlas Shrugged" the second most influential book in the United States. The Bible was first.

I think that's about right, actually. I'm going to go out on a limb and assert that while Atlas Shrugged has not influenced literature, it has influenced people -- particularly Americans -- more than any novel since Uncle Tom's Cabin.

I first read the book in the 8th grade, and have read it a couple of times since (the last time about ten years ago). As the years have gone by I have understood and digested many of the criticisms leveled at Ayn Rand from the religious right (she was a strident athiest) and the do-gooder left, and I have never considered her a prophet or even a particularly deep philosopher. However, she is in many ways the ultimate champion of the human spirit, the greatest modern popularizer of the idea that our purpose -- the meaning of life -- is to create, and that people who do not create but appropriate the creations of others for their own gain are not merely parasites. They are the destroyers of the human soul.

It is probably time for all of us to read Atlas Shrugged again -- we're going to need a refresher course to get through the next few years, I think. If that seems too daunting, though, just read Francisco d'Anconia's great cocktail party monologue on the meaning of money. I know of no more powerful defense of free trade as a profoundly moral act.

To trade by means of money is the code of the men of good will. Money rests on the axiom that every man is the owner of his mind and his effort. Money allows no power to prescribe the value of your effort except the voluntary choice of the man who is willing to trade you his effort in return. Money permits you to obtain for your goods and your labor that which they are worth to the men who buy them, but no more. Money permits no deals except those to mutual benefit by the unforced judgment of the traders. Money demands of you the recognition that men must work for their own benefit, not for their own injury, for their gain, not their loss - the recognition that they are not beasts of burden, born to carry the weight of your misery - that you must offer them values, not wounds - that the common bond among men is not the exchange of suffering, but the exchange of goods. Money demands that you sell, not your weakness to men's stupidity, but your talent to their reason; it demands that you buy, not the shoddiest they offer, but the best that your money can find. And when men live by trade - with reason, not force, as their final arbiter - it is the best product that wins, the best performance, the man of best judgment and highest ability - and the degree of a man's productiveness is the degree of his reward. This is the code of existence whose tool and symbol is money. Is this what you consider evil?

But money is only a tool. It will take you wherever you wish, but it will not replace you as the driver. It will give you the means for the satisfaction of your desires, but it will not provide you with desires. Money is the scourge of the men who attempt to reverse the law of causality - the men who seek to replace the mind by seizing the products of the mind.

Money will not purchase happiness for the man who has no concept of what he wants: money will not give him a code of values, if he's evaded the knowledge of what to value, and it will not provide him with a purpose, if he's evaded the choice of what to seek. Money will not buy intelligence for the fool, or admiration for the coward, or respect for the incompetent. The man who attempts to purchase the brains of his superiors to serve him, with his money replacing his judgment, ends up by becoming the victim of his inferiors. The men of intelligence desert him, but the cheats and the frauds come flocking to him, drawn by a law which he has not discovered: that no man may be smaller than his money.

I may be mistaken, but wasn't this someone's, like say, Marx or Hitler's criticism of the Jew?

I've tried several times to read that book. It never keeps my interest past page 20.

Typical of Marx who was an intellectual parasite, and Hitler who was a true cannibal, surviving off of the deaths of millions....

If one clear thought remains with me years after reading "Atlas Shrugged", it was the difference between causation and utility, meaning, logically, the difference between the ideas which move us, and the tools which we use to achieve our ends. Witness the latest blather about gun control, viz. the tragedy at Virginia Tech.

Sadly, most 'sentient' (using this term loosely) human beings do not make that distinction consistently.

Like TH, I've read the book several times. It is still a pleasure to read, apart from some of the longish soliloquies. It is easy to draw parallels from the book to today's society.

You may be interested in reading the Playboy magazine interview of Rand from 1964.