Keeping up with the Geffens: Is ostentatious wealth more left wing? 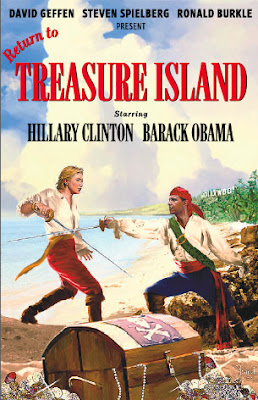 Here in Hollywood, where glitz is treated as a tangible asset, alliances, friendships and family ties are being tested as local bigwigs scramble to burnish their credentials as political power brokers. Amid a fund-raising frenzy, producers, billionaires and activists are elbowing each other to recruit donors -- sometimes on behalf of the same candidate. The race here has its own version of a debate over housing: Who has the better mansion? (Link$)

This paragraph invites a question for those of you worried about inequality of outcomes in American society. Are you troubled by the concentration of wealth per se, or by its deployment toward ostentatious display? If rich Americans everywhere lived modestly among the middle class and used their wealth generally to create more opportunities for themselves and others, would inequality of income or wealth recede as a problem in your mind, or is it the fact of the inequality that drives your belief that government should redistribute wealth more aggressively?

To the extent that the problem of concentrated wealth is in the social barriers that it erects, is it ironic or predictable that the celebrity class, which lives far more ostentatiously and erects much higher social barriers than the executive class, is well to the left of the average American? Is it ironic or predictable that small businessmen, who are almost always the wealthiest people in the typical American town outside of the big metropolitan areas and who rarely live ostentatiously, are the most right wing rich people in America?

Years ago there was a cartoon in the New Yorker in which a wife asked her wealthy husband, "if you're so rich, how come you're not smart.........."

Who will SEAN PENN,JOHNNY DEPP or GEORGE CLOONEY play BLACK DOG or PEUW?

To most of my business friends in international trade, the adventure is more important than the money itself. Nearly all of those entrepreneurs have strong libertarian tendencies. They have little faith in government solutions. As management guru Peter Drucker once said, "Fleas can jump many times their own height, but not an elephant."

At the top, Hollywood has more than a few Libertarians and libertarian Republicans. But those executives stay quiet. They don't care about politics. I don't care about politics either. As a trader in the global marketplace, I "dwell" in the cracks between countries. Governments can do little damage to me. If a government raises my business taxes or enacts silly laws in Thailand, I can move the operation to Malaysia.

In the end, the opinions of left-wing idealists have little impact on me. Liberals can pass laws. And I can find places and ways to circumvent those laws legally.

In Thailand and Malaysia, I'd be far more worried about getting my head chopped off than raises in business taxes.

Godwin's Law:
"As an online discussion grows longer the probability of a comparison involving Nazi's or Hitler one approaches."

Bird o', much as I love Treasure Island, this poster is based on Raphael Sabatini's character Captain Blood. Barak Obama's head is on the body of Basil Rathbone, the evil French pirate Levasseur, while Hilary's head is perched atop the neck and shoulders of the hero, Peter Blood, played by Errol Flynn.

At least its entertaining. Having McCain duel with Romney is hardly a blockbuster image...

Its neither a left or right issue, rather new money versus old money IMO.

One can witness this being played out in Palm Beach all the time. The old money on the island lives in (relatively) understated smallish often single story houses in the 2500-3,000 square foot range, which are all unique and often whimsically quirky architecturally, while the new money tears those down to erect tacky architecturally bland McMansions in the 10,000 square foot range.

The old money gets by fine with a $1.50 light switch, the new money feels the need to install keypad programmed glitzy "lighting scheme" automation systems.

The old money isn't out to impress anyone, the new money is trying to impress everyone.