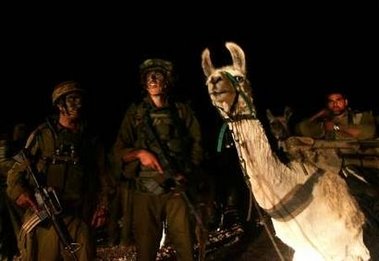 Where's PETA when the llamas need them?

Were they riding the Llamas... or merely using them as pack animals?

That is one badd-ass looking llama, the stuff of nightmares for hezbollah!