Some editorial decisions are impossible to explain.

Today we have the news that there has been a big oil spill from a leak in the trans-Alaska pipeline up near Prudhoe Bay. It is bigger than most that have happened up there, but nothing like the Exxon Valdez spill of 17 years ago.

Officials confirmed that -- while the leak is miniscule compared to the spillage caused by the Exxon Valdez shipping disaster in 1989 -- it could turn out to be the worst spill ever on Alaska's North Slope.

One has to dig five paragraphs into the story to learn that the leak covers less than two acres of "snow covered tundra." Notwithstanding this, the Agence-France Press saw fit to put up the headline "Oil pipeline breach sparks one of worst spills in Alaska."

But never mind the absurd headline (screen-cap below). Look at the photo published next to the story: 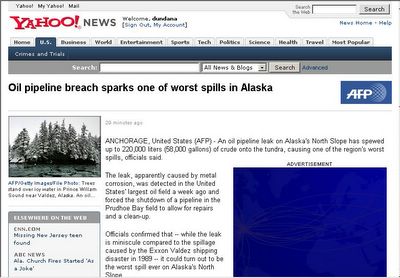 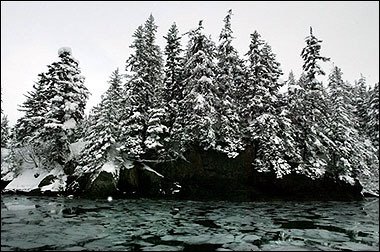 All well and good, until one reads the caption:

Trees stand over icy water in Prince Willam Sound near Valdez, Alaska. An oil pipeline leak on Alaska's North Slope has spewed up to 220,000 liters (58,000 gallons) of crude onto the tundra, causing one of the region's worst spills, officials said.

These beautiful trees are more than 800 miles from the two acres of dirty snow near Prudhoe Bay. This would be almost defendable if the editors didn't have any actual photos of the "spill," but they did. Here's the most graphic published photograph of the leak in question: 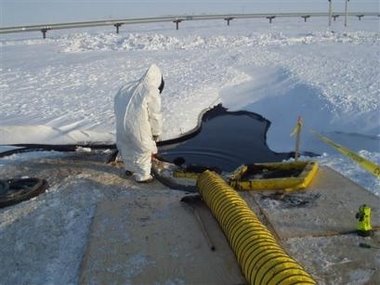 Oil stain is more like it. Of course, if they published this picture, there would be no hue and cry against drilling on Alaska's North Slope. It is very difficult to see how any editor interested in even the appearance of objectivity could have written that headline or selected that accompanying photograph.

There is no longer any pretense of accuracy and contextual honesty in reporting.

Not a line can be read without trying to determine an agenda.

It's worse then then you thought. Of the 14 slides in "Alaska's Arctic National Wildlife Refuge" slide series only five of them are from Alaska and only four are from the the spill site.