The flora is obvious, but can you see the fauna? 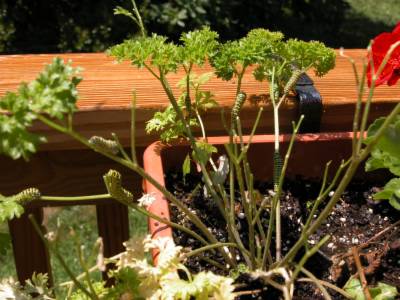 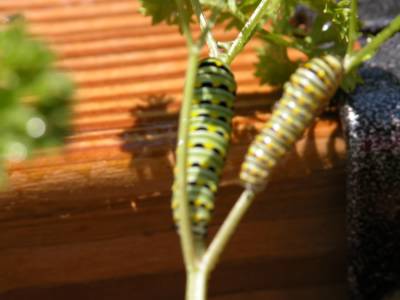 Here's hoping that the TigerHawk sister weighs in.

Awesome!! They are likely papilionid caterpillars (swallowtail family), which have evolved to deal with nasty chemicals in the parsley/carrot family, Apiaceae, called furanocoumarins. Dr. May Berenbaum at the U. of Illinois has done cool work showing essentially an evolutionary arms race between species of Apiaceae, producing ever different and more complex forms of furanocoumarins, and species of papilionds which have adapted to them.

(Incidentally, Dr. Berenbaum also writes humorous bug books for general consumption, and as a result had an X-files entomologist, Bambi Berenbaum, named after her [War of the Coprophages, definitely one of the top episodes]).